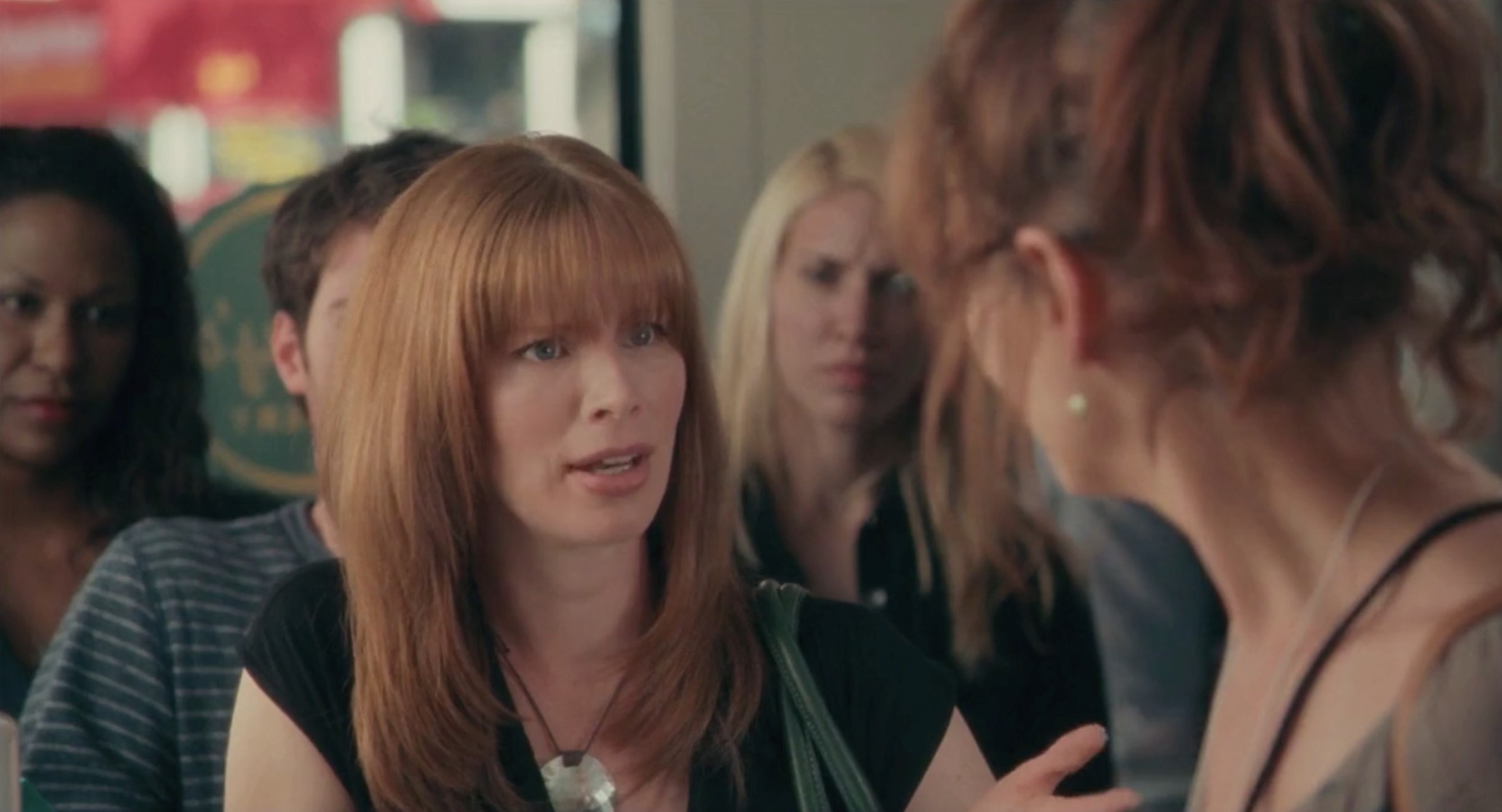 “SO DELIGHTFULLY ON TARGET”

YOUNG GIRL AND THE MONSOON

“Shannon Burkett, a young actress (and recent New York University graduate) who appears to have the power to will herself back to early adolescence, is so delightfully on target as Constance that she grounds Mr. Ryan’s play firmly in reality. Leaving a Chinese restaurant after an upsetting meal, she pleads with her father, played with bemused understatement by Michael O’Keefe, to carry her, even though she is practically his size. His eyes bug out in the effort to lift her, but hers close tranquilly: she’s exactly where she longs to be, in Daddy’s arms.

But what sets it apart most successfully is the detail work that has gone into the writing and performing of a believable tug-of-war between a father and daughter.”
— Peter Marks, The New York Times

“In Constance, Ryan has created a delightful character, full of wonder and passion, brought to life by Burkett”
— Howard Waxman, Variety

“O’Keefe and Burkett handle the emotions beautifully.”
— Time Out

“Stupid Kids grounds its rebels in real outsiderness. Mr. Carpinello and Ms. Burkett as the blonds have slightly tougher tasks, for they have less of Mr. Russell’s sympathy than do the brunettes. But it’s ideally performed — with an electric sincerity that embraces parody and heartbreak — by all four young performers. “Stupid Kids” shows such keen comic promise that it’s all the sadder to note that Mr. Russell died of AIDS in 1994.”
— Donald Lyons, Wall Street Journal

“The four young actors are splendid, and Michael Mayer’s attention to detail has transformed their performances and the script on which they are based into art.

This is a play that should be considered not so much for what it says, perhaps, but rather how it says it. It conveys smug earnestness without becoming smug itself; it lets us laugh with its characters rather than at them.”
— Les Gutman, A Curtain Up

“The best reason to see Cavedweller, though, is the three young actresses who play Delia’s daughters. Jenny Maguire has just the right level of tempestuous foolhardiness as Dede, the renegade bad girl who is bound to get into trouble (and does); Shannon Burkett is both hilarious and somehow sympathetic as Amanda, an insufferably self-righteous Bible thumper and know-it-all; and as Cissy, the youngest, who is dragged, understandably kicking and screaming, across the country to a new life so deep in the sticks it isn’t on the map, Merritt Wever admirably conveys a complicated mix of precociousness, self-discovery and adolescent angst.

The portrayal of teenagers onstage is a perpetual problem in the theater. Generally, when played by adult actors, the characters end up being pandered-to and unbearably childish, or overestimated and too close to grown-up.

To find these three young actresses calibrating their performances so wisely here is a surprise and a treat.”
— Bruce Weber, The New York Times

“Amanda, who benefits from Shannon Burkett’s eerie otherworldliness, is the creepy one, a fundamentalist crusader who has twisted her rage against her mother into religious mania.”
— Marilyn Stasio, Variety

THE RIDE DOWN MT. MORGAN

“What a rare and marvelous thing it is to walk out of a theater feeling not just entertained but invigorated, provoked and thoroughly challenged.”
— Time Out

LETTERS TO THE END OF THE WORLD

Written and Directed by Anton Dudley

The Flea
By A.R. Gurney, Directed by Jim Simpson

“She brings enough ditsy charm to the role of Betsy, the chairperson and host of a Student Lecture Committee event, to almost get the laugh meter jumping to its top level again.”
— Elyse Sommers, A Curtain Up

“The three cast members, who also include Shannon Burkett as a young cellphone-hating zealot and fan of Dexter and Alice, perform with an appealing mix of comic-strip exaggeration and idealistic ardor.”
— Ben Brantley, The New York Times

Written and Directed by Frank Grow, Produced by Good Machine

“Love God has ‘cult favorite’ written all over it. Very much in the spirit of Japanese comic books and animated movies, this frenetic romp combines horror, comedy, satire, nonstop rock music, wild special effects and at least one major technical novelty: It’s supposedly the first dramatic feature preemed at Sundance that was shot on video.”
— Godfrey Cheshire, Variety

“Robin deserves credit for tackling such an unusual topic, and one that some audiences will clearly relate to. Her speeches for the women, played by such dynamic New York actresses as Susan Blackwell, Shannon Burkett, Saidah Arrika Ekulonah, and Danielle Skraastad, are the best thing in the show. They each have the ring of truth, and each woman become a full-fledged character in just her brief stage time. “
— Brian Scott Lipton, Theater Mania

“Much of it is simple. But in the context Wilson provides, with the rhythm Mason builds and with the fury that an actress such as Shannon Burkett can pack into the question, the language becomes conversation and poetry at once.”
— Judith NewMark, Post Dispatch

“Shannon Burkett is hilarious, playing a series of successful, leggy blondes intended to fill the women of the audience with loathing and envy.”
— Adam Klasfeld, Theater Mania

“But throughout these oftentimes amusing scenes – the tiny blonde Shannon Burkett in particular lights up the stage like 100-watt light bulb no matter what character she embodies”
— Nicole Davis, Downtown Express